How do I leave a Squad? Print

If a user no longer wants to be part of a Squad they've joined, they can choose to leave it.

User the gear icon located in the top-right corner of the Squad feed screen. Click on the "Leave Squad" menu item. 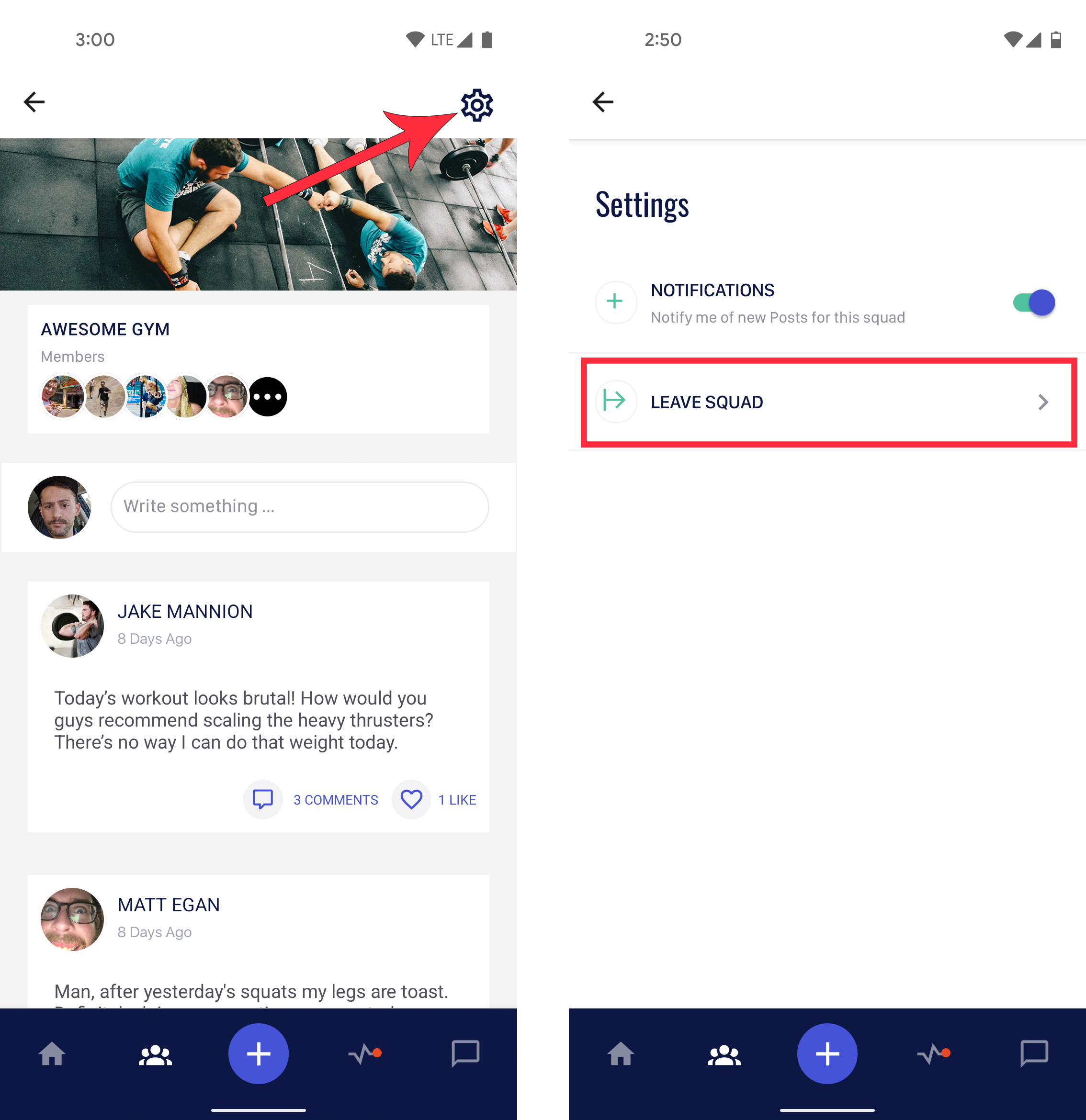 Squad Owners (users that have created Squads) will not be able to leave a Squad until they transfer ownership status to a different Squad member or remove all other existing members. They can do that from the same gear icon located in the top-right corner of the Squad feed screen. Click on the "Manage Squad Members" menu item, then click on the "+" icon next to another member. The "Make Owner" option will switch ownership status to that member, at which point the former owner may access the "Leave Squad" menu item from the original gear icon. 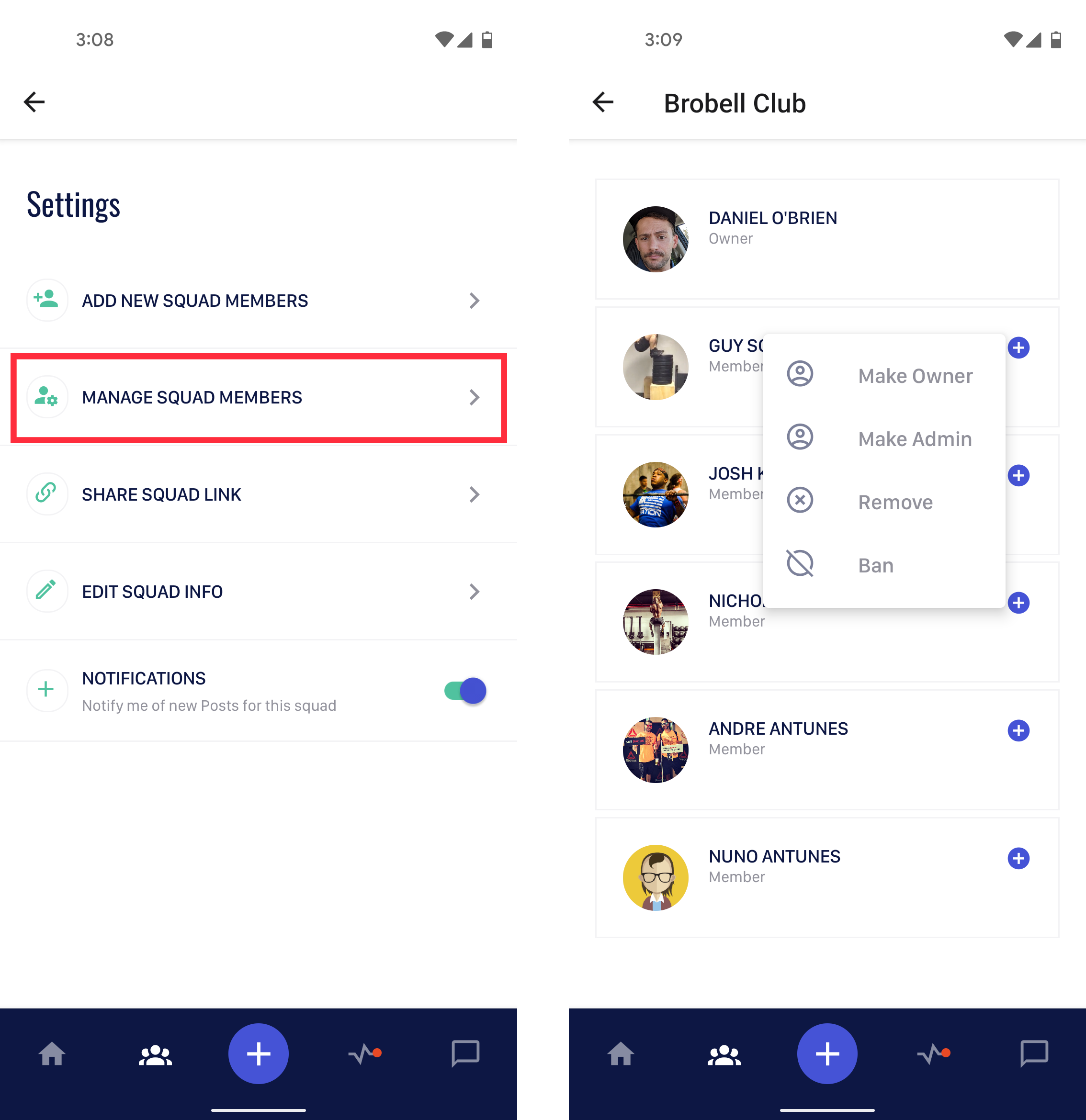 *Note: Users CAN'T currently manually leave a Default Squad if their btwb account is still associated with it.