What is a Squad? Print

A Squad is a private group of btwb users. btwb users can be members of some Squads by default (gym squads, coaching program squads), as well as other private Squads they create or are invited to join. Users can access the Squads feature via the footer menu in the btwb app. Squads are ONLY currently available in the btwb app.

A Squad acts as a sort of Facebook group. Members can create posts that are added to the Squad feed, and other members of the Squad can interact by adding a comment or an emoji to the post. Each new comment adds the conversation thread. 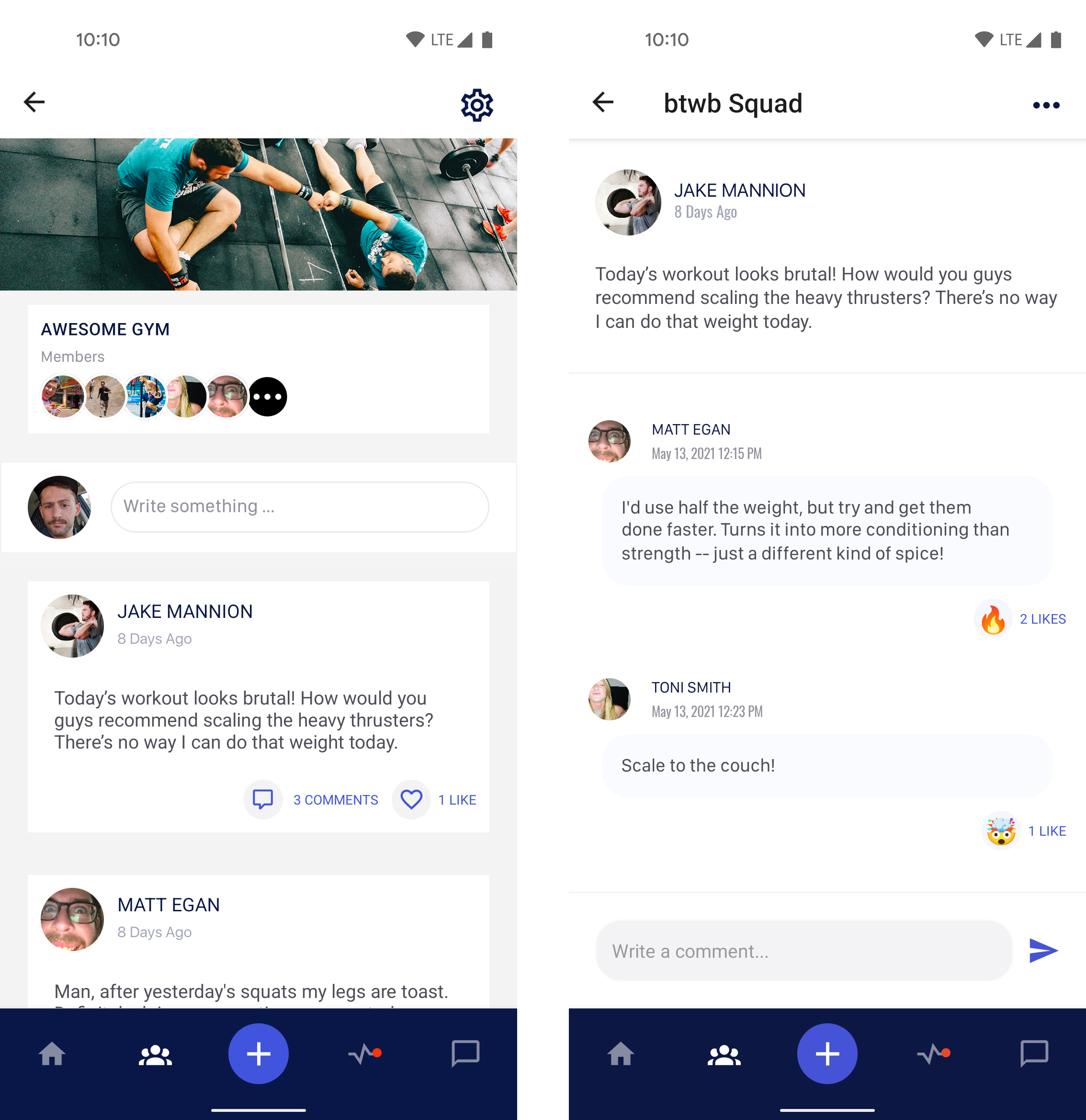 If a user account is associated with a gym on btwb, they are automatically added to that gym Squad in the btwb app. Other default Squads include Coaching Program Squads. For example, signing up for the CrossFit Linchpin coaching program grants users access to the CrossFit Linchpin Squad in the btwb app. Default Squads are private and can't be accessed by non-members.

A user's Squads screen will list each Squad they currently belong to, both default and newly created.