How does movement Volume work? Print

The popular btwb movements have been added to umbrella "movement groups". Each movement group contains many different movements. The idea behind grouping movements together in this manner is to see a bird's eye view of accumulated lifetime reps, distances, and time for each.

The following image is from a workout session for a newly logged Fran result. As you can see, the user has earned credit for 3 different movement volume groups. 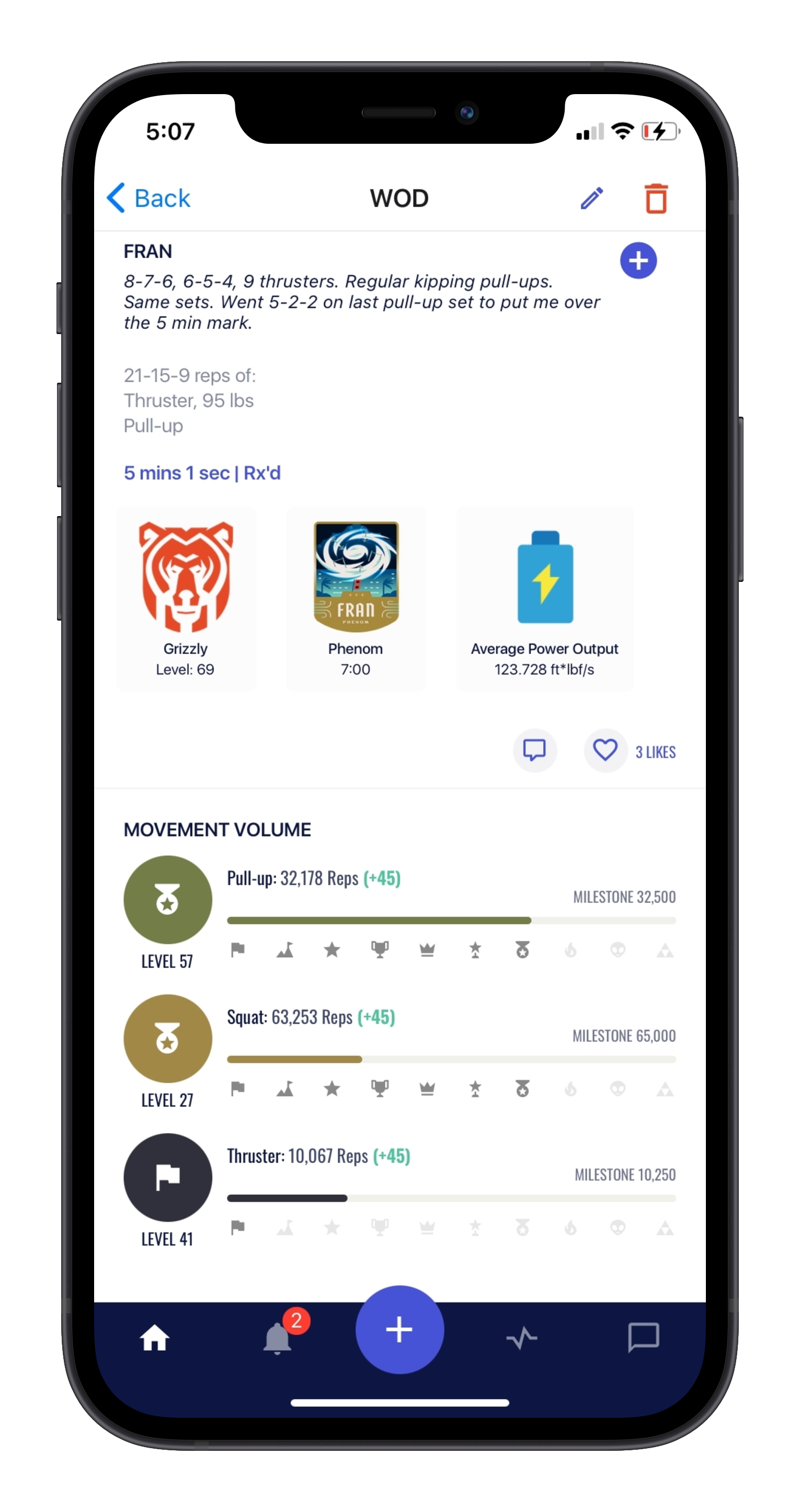